Camper Chronicles- Before and After!

It's here, it's here, it's finally here! We are ready to reveal the final before and after photos of our camper! In case the dates are confusing you, the camper was finished to the point of being livable around this time (August 2017) last year, and we had put some finishing touches on it throughout the year after moving in. We started working on a tiny house here at camp in April, and moved out of the camper in mid-May. We took these after photos back in the Winter, but it has taken quite some time to finish up this series so we could officially post them! We did post a lot more of them (including video) on Instagram though, so there's a plug to go follow us if you want to keep with us closer to real-time. 😉 Without further Adieu, here it is! 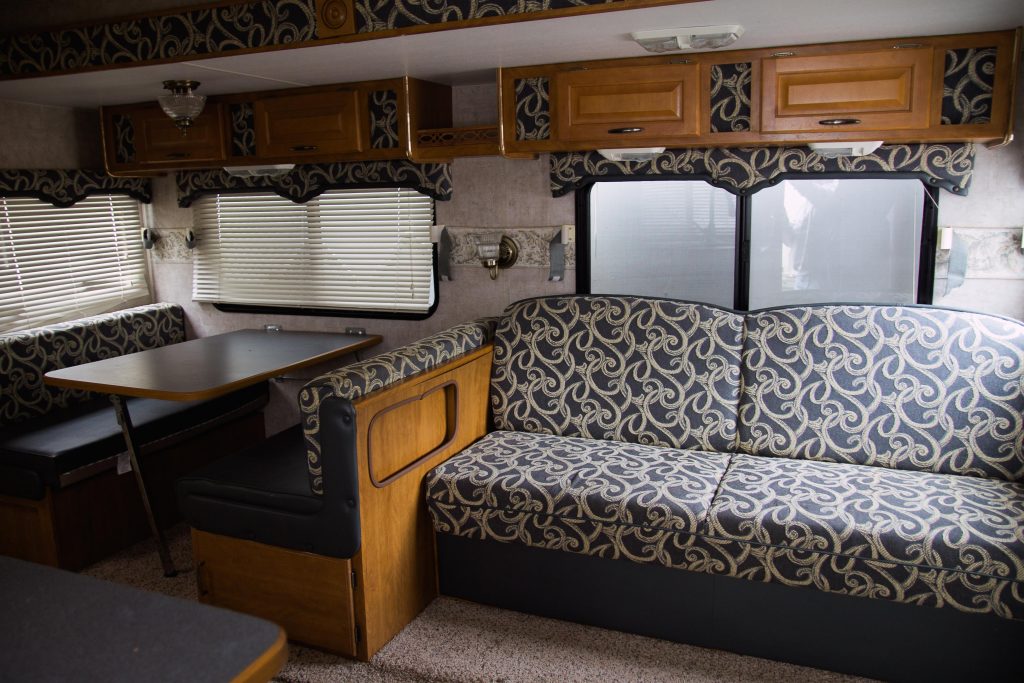 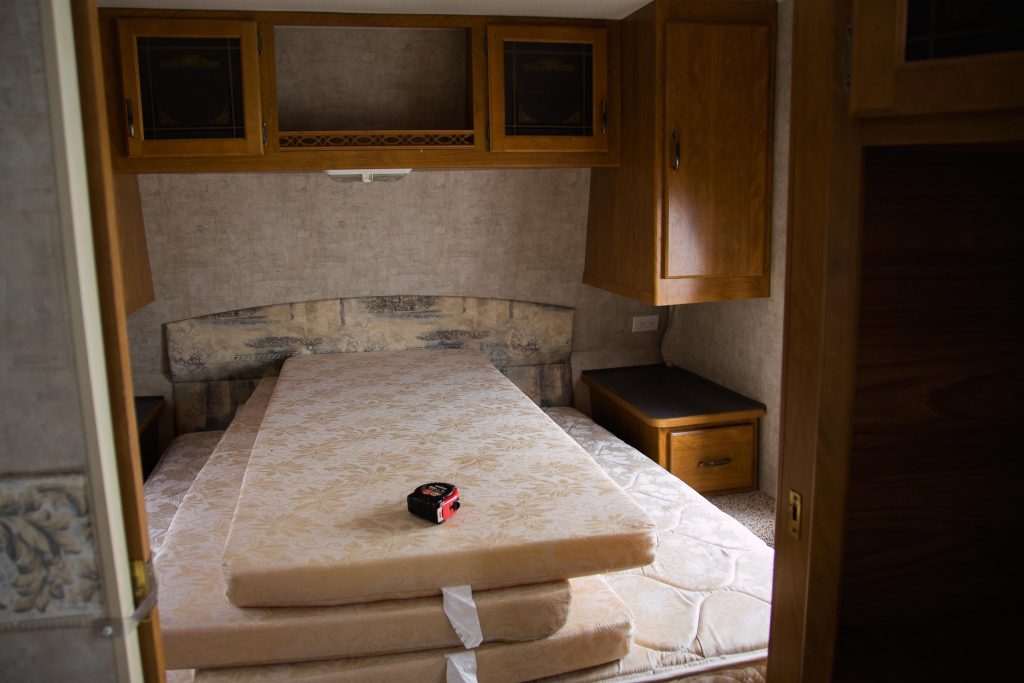 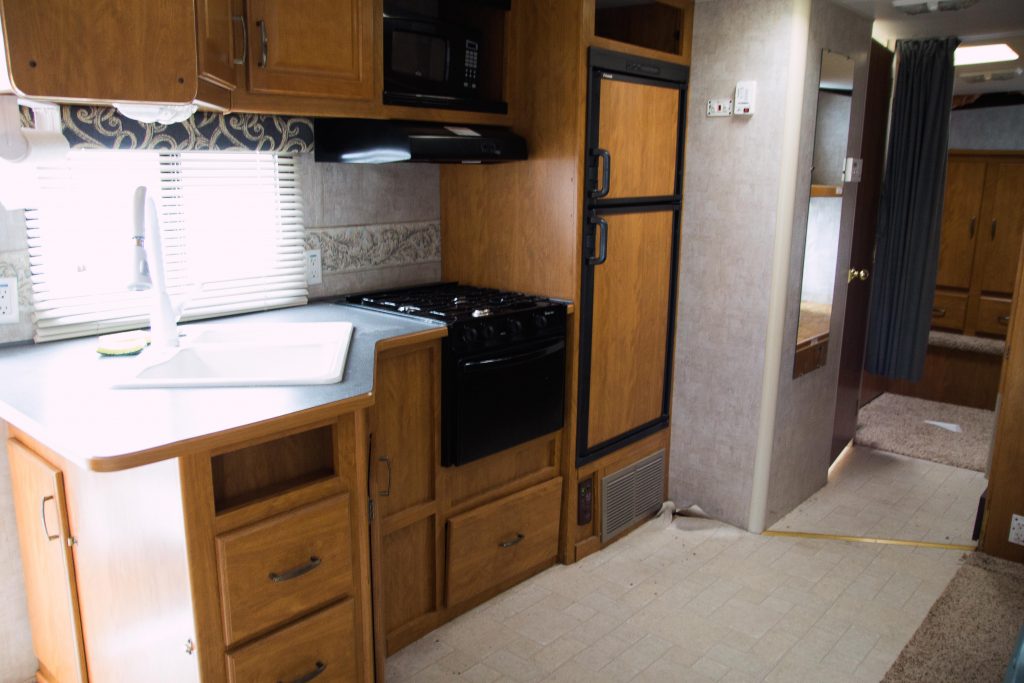 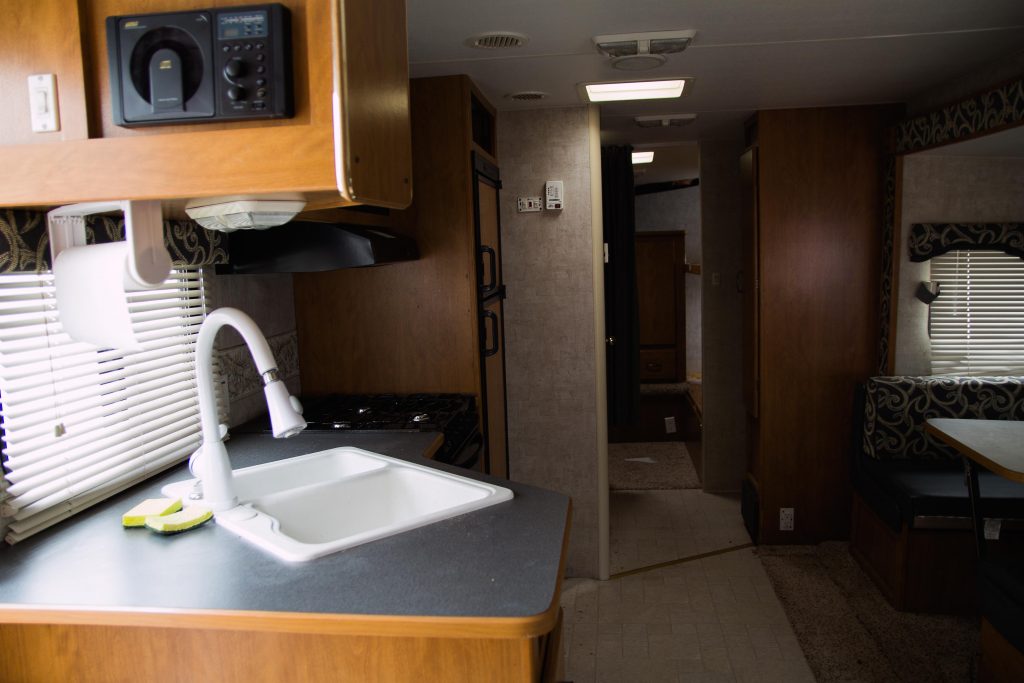 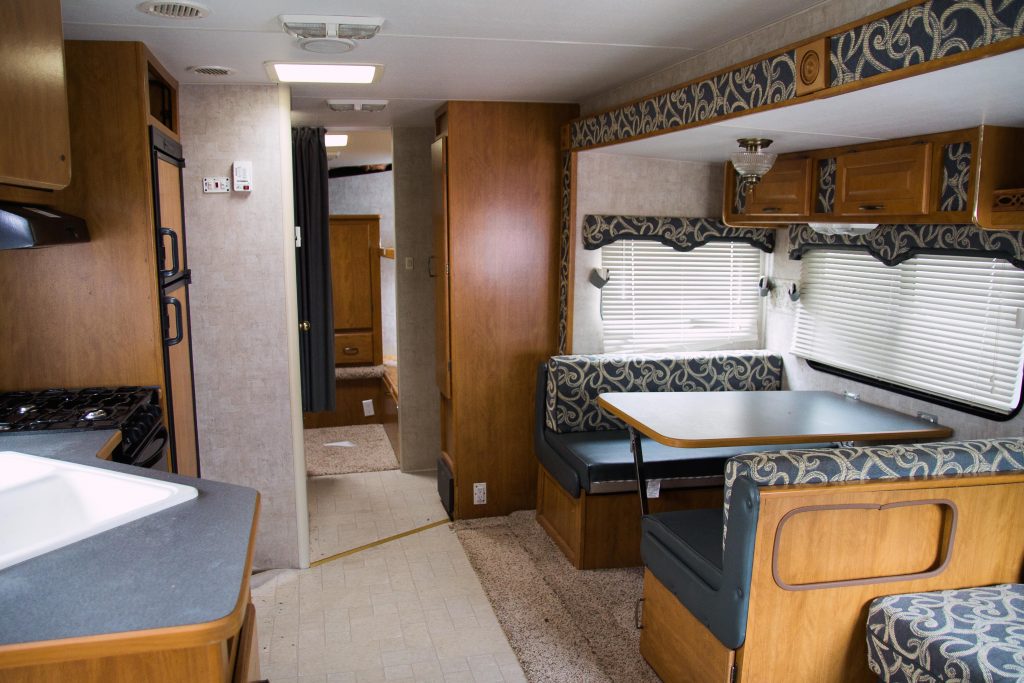 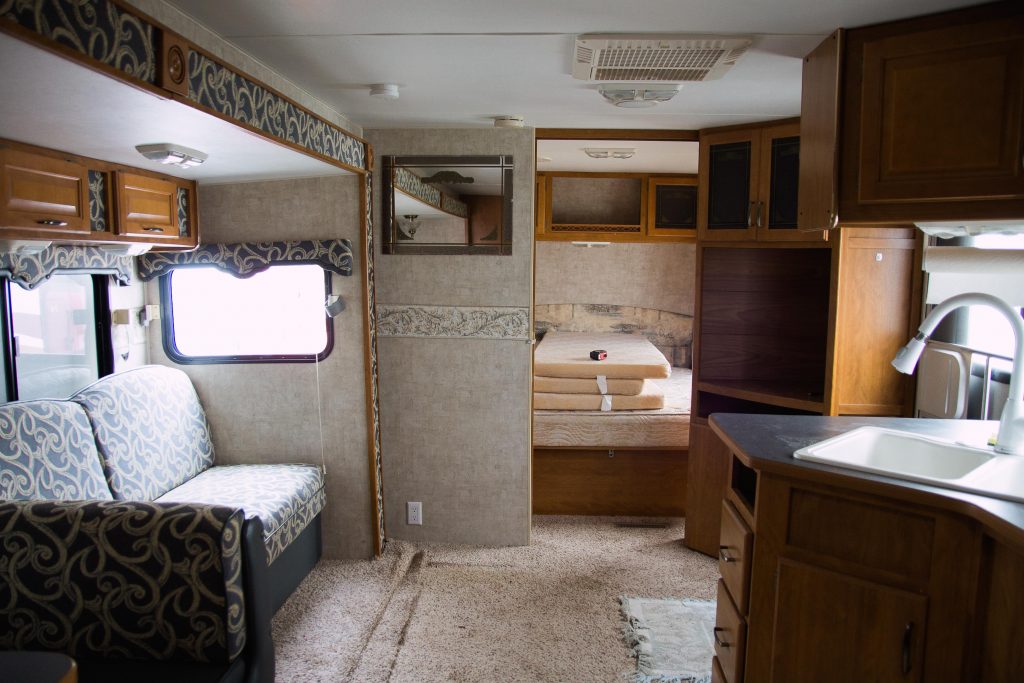 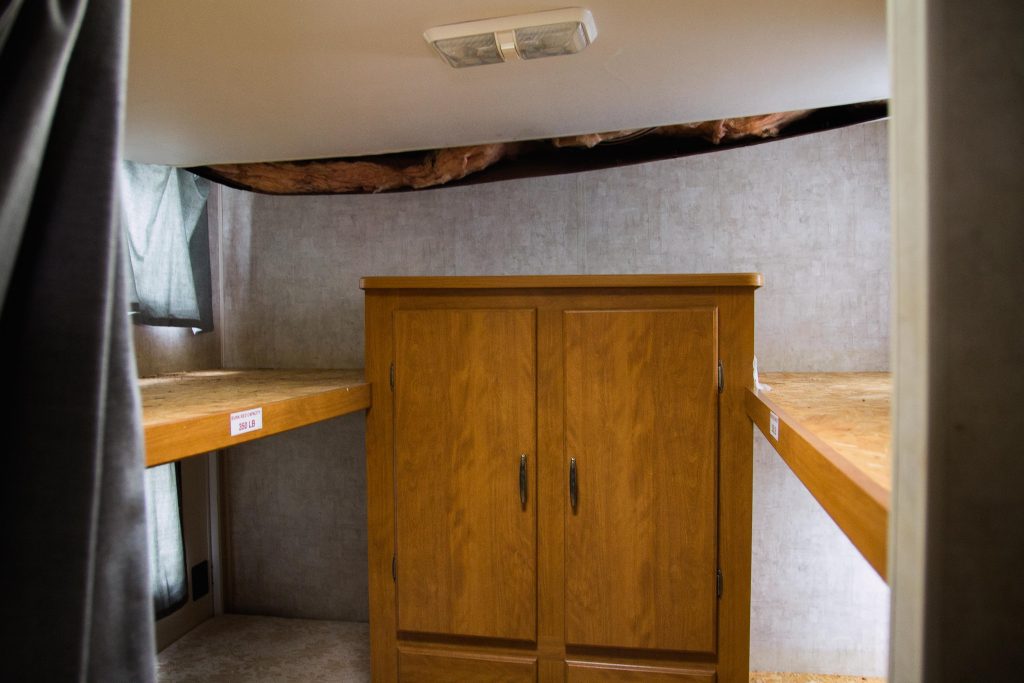 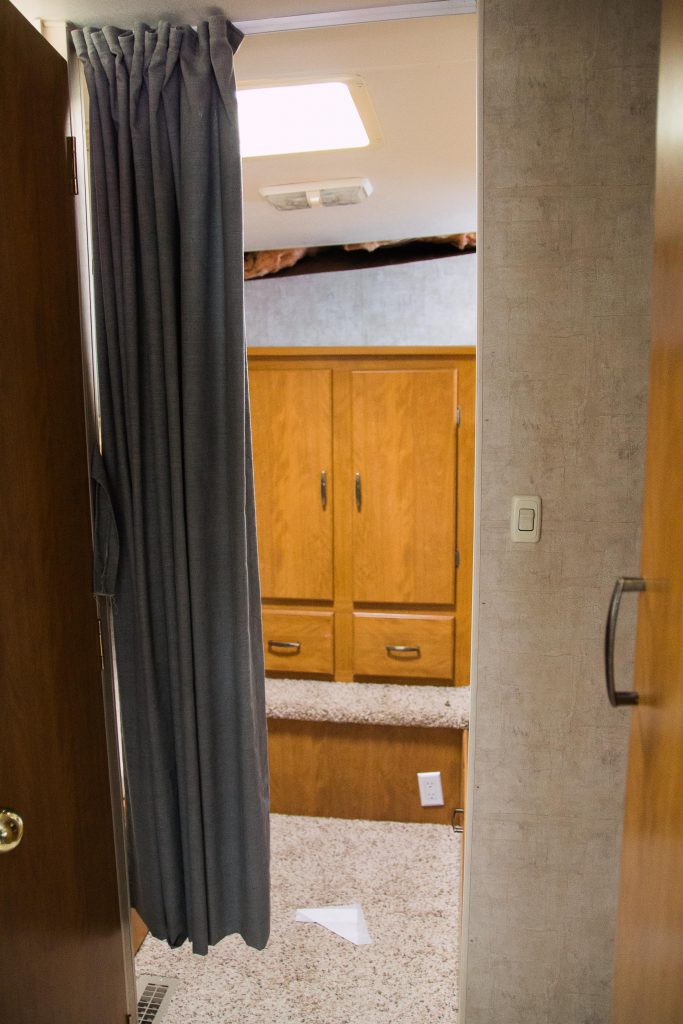 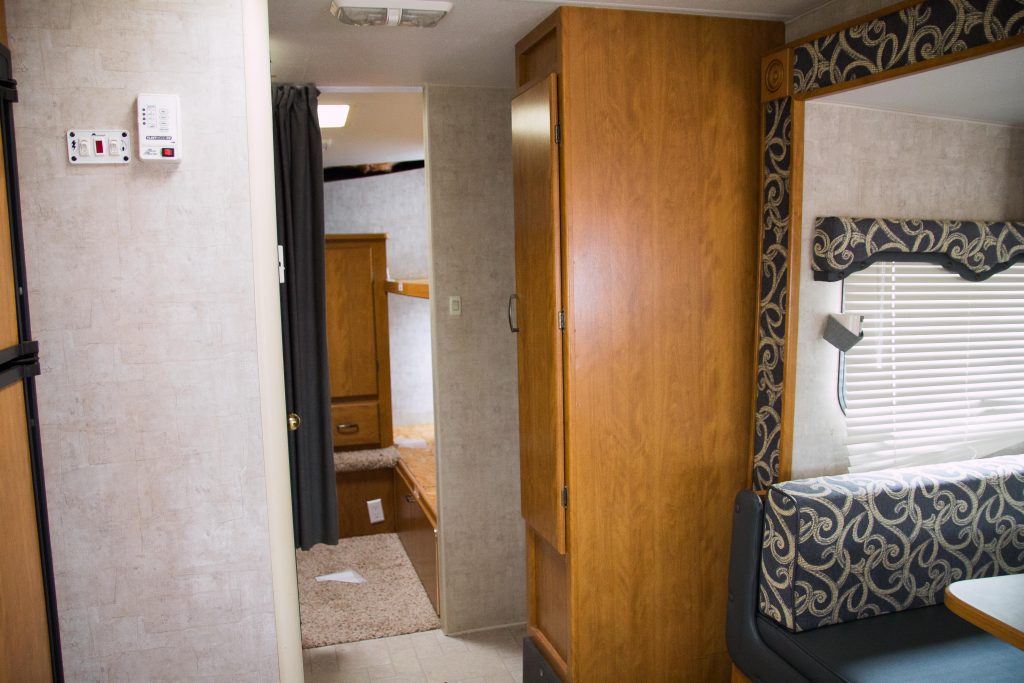 Here are the after photos! 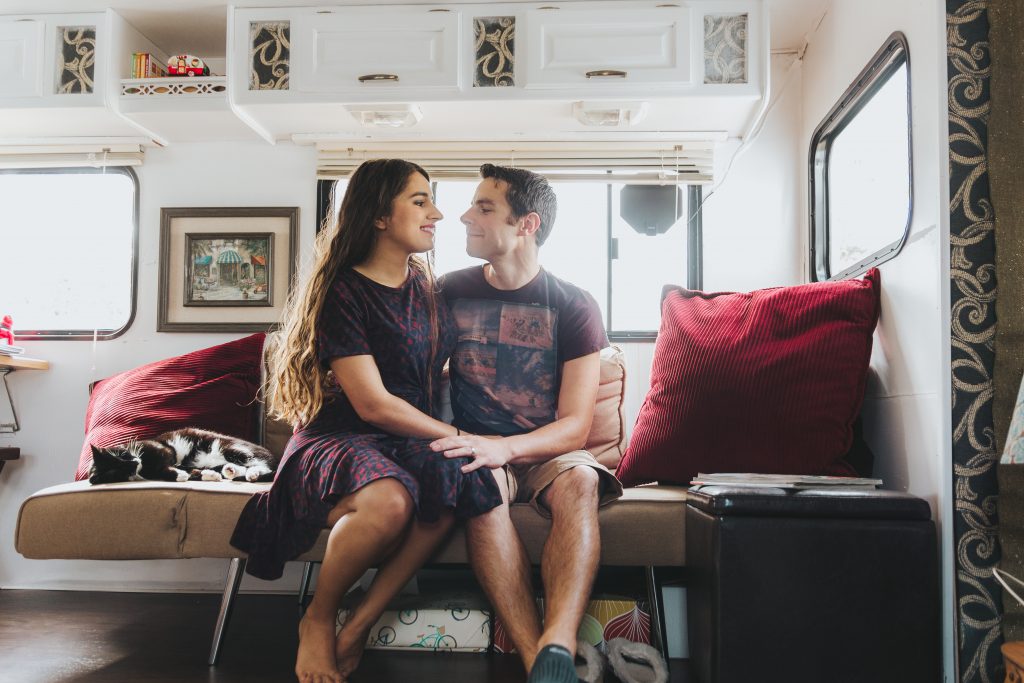 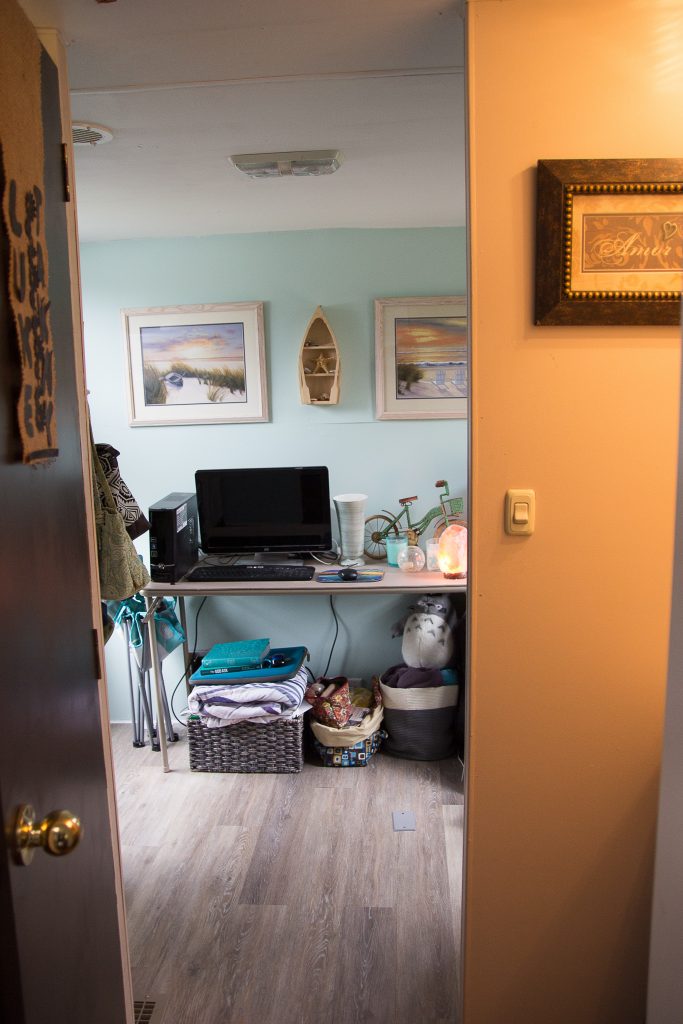 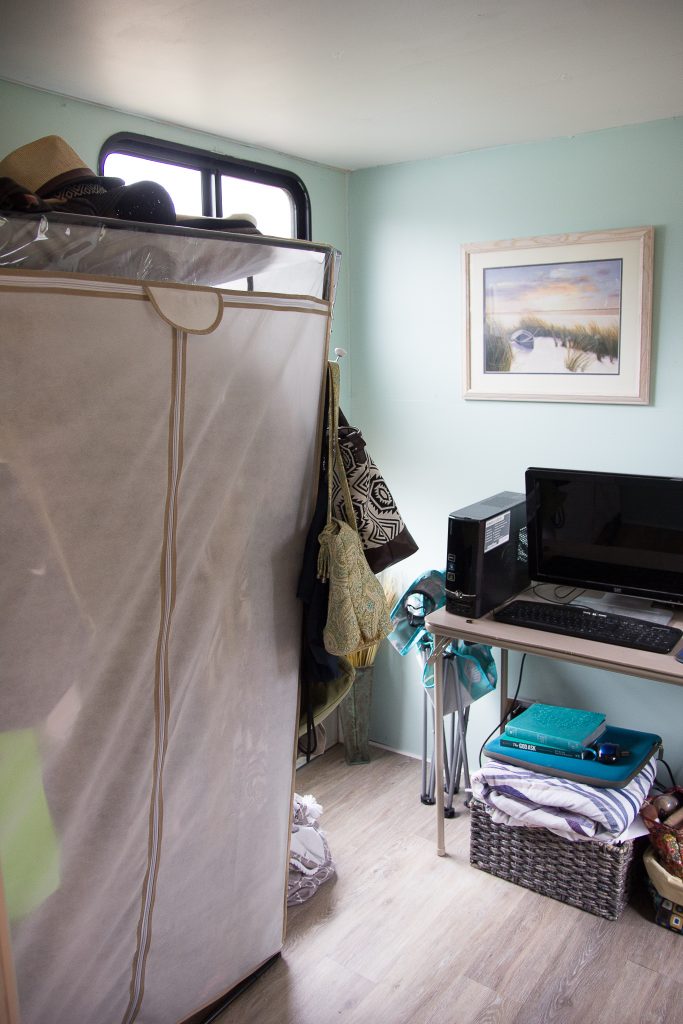 We had plans for a better desk with storage in this back room, but were willing to live with this cheap makeshift desk in the meantime. We ended up taking this bulky wardrobe out as we cleared out more and more of our clothing! 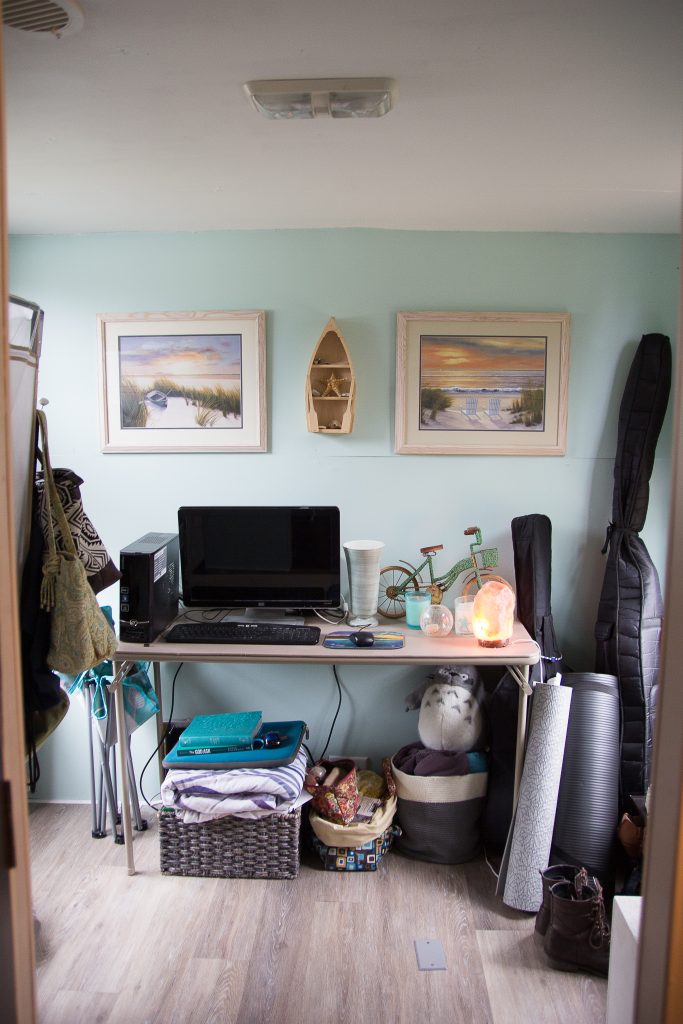 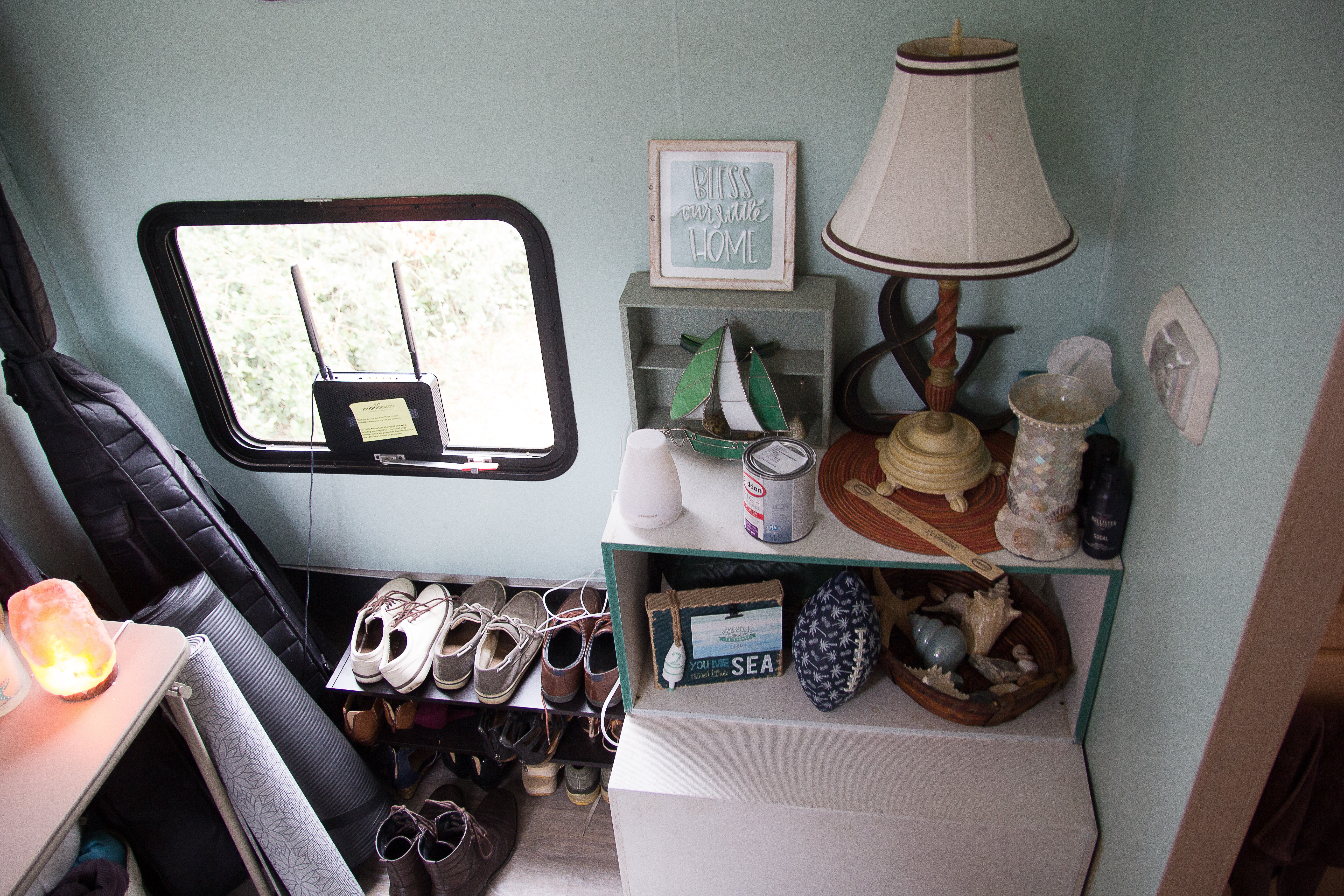 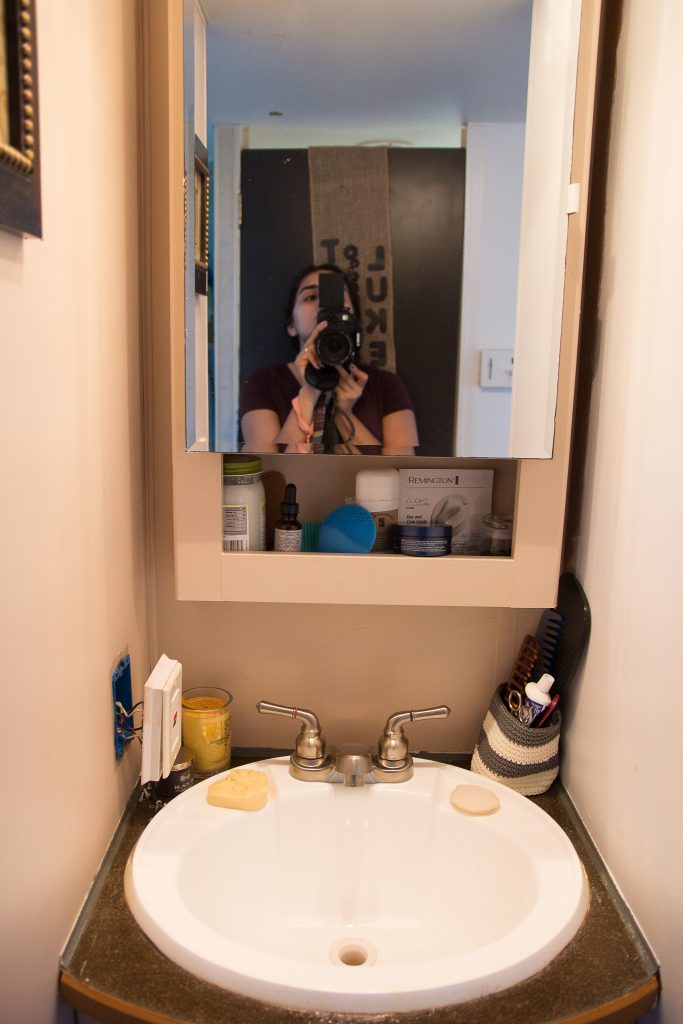 Luke fixed the outlet later on. 🙂 We replaced the faucet here since the old plastic one was causing some water pressure issues! I also redid the countertop in the same way that I had in Part 9- Read more there. 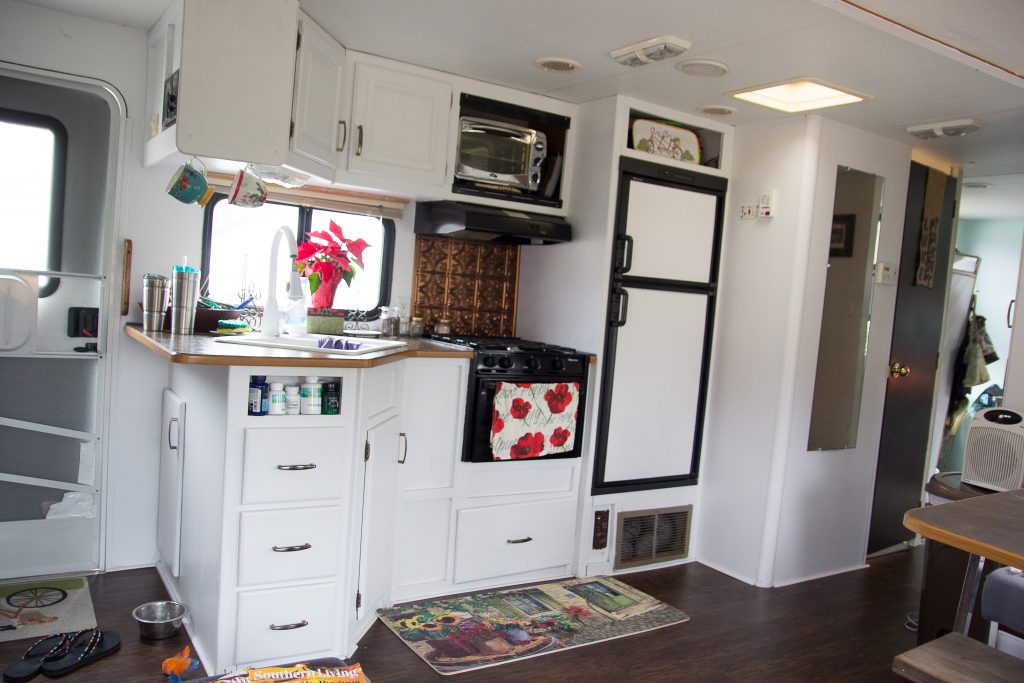 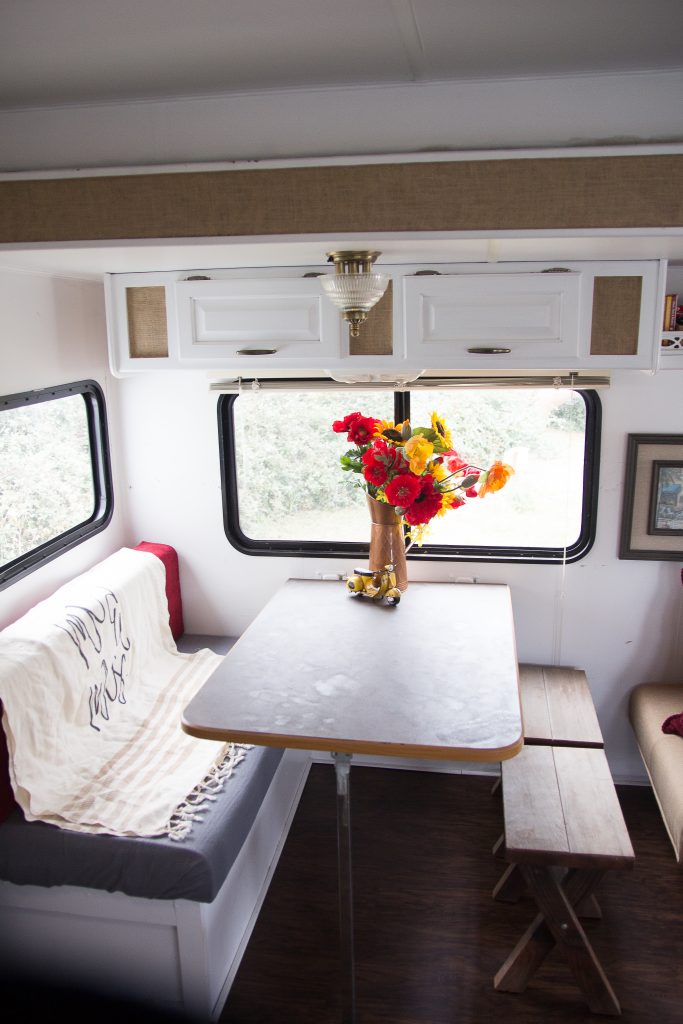 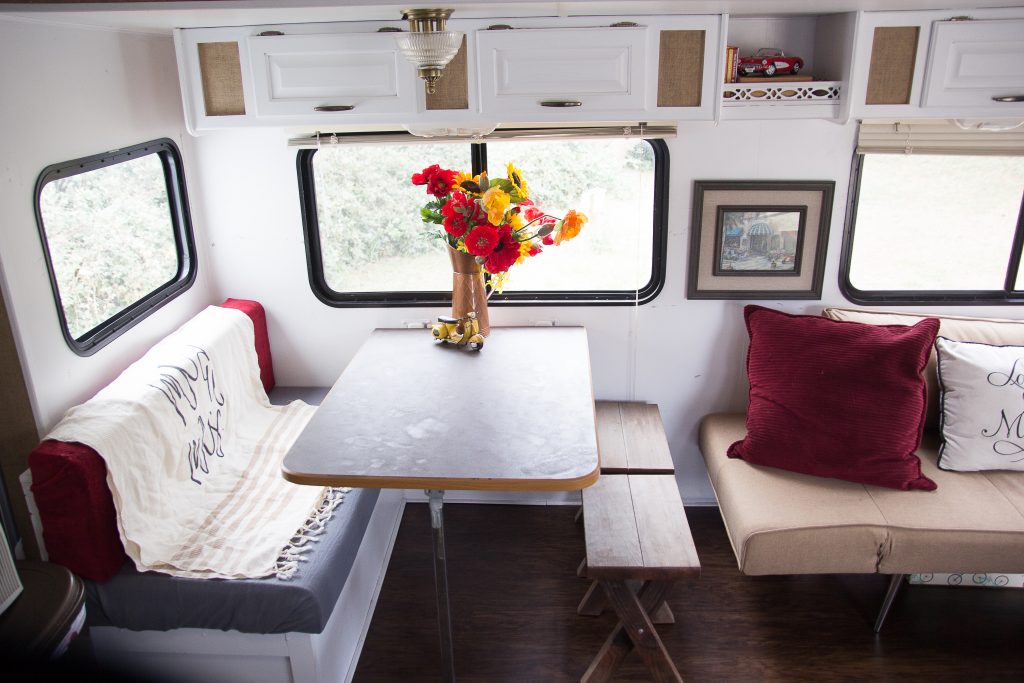 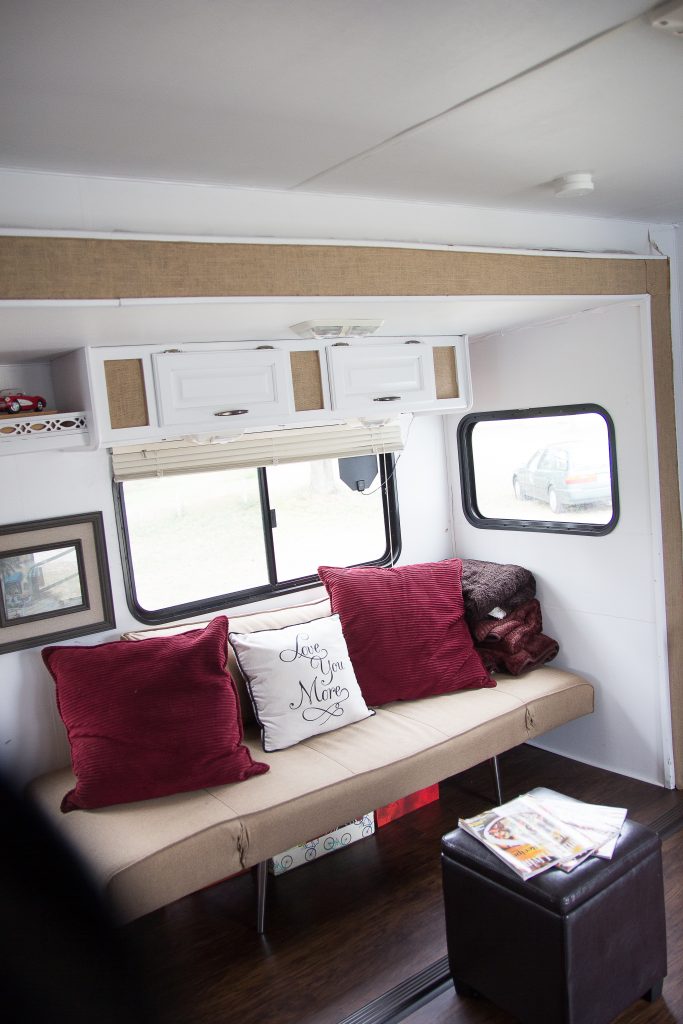 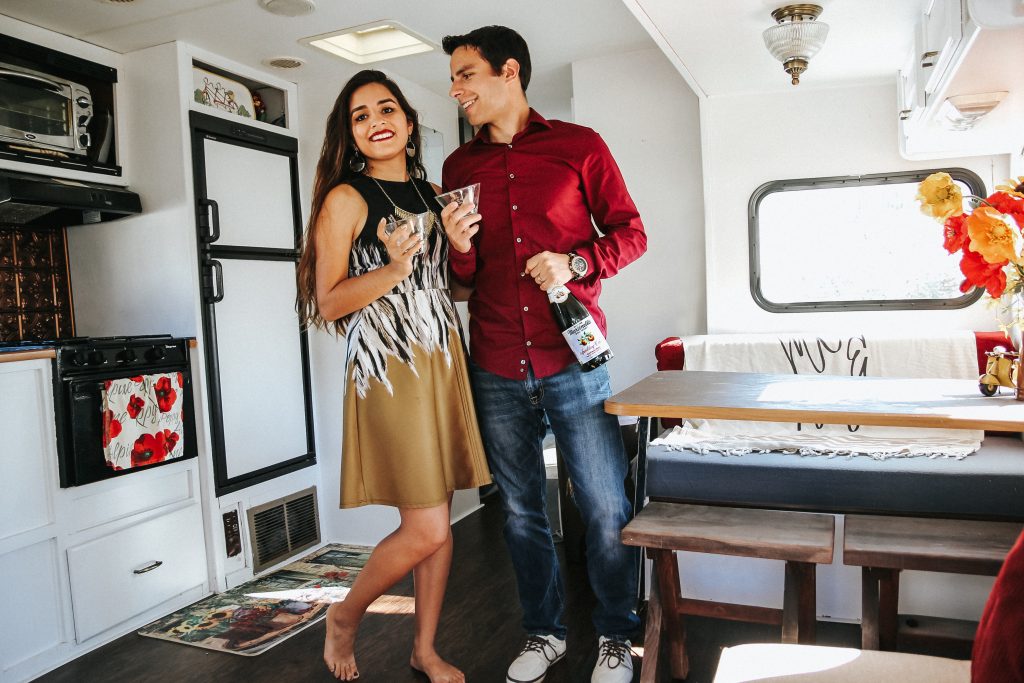 Our first New Year's Day in the camper!

Amazing, right?! We went from an outdated, ugly, water-damaged camper to a pretty sweet house in the end! All of this was on a small budget (our total cost was around $6,000 including the purchase of the camper for $3,400 plus tax!) If you want to see more details about our renovation or follow along from the beginning, check out Part 1, when we first bought her!

Thank you so much for tuning in and checking out this awesome project! It was a lot of work, but we are so proud of what we accomplished in the end. We love our camper so much and thought that it was really fun dreaming and designing this place, especially as our first time! We learned a lot, and are certainly interested in doing it again some time, maybe even fixing up something smaller and road tripping one day!

That's it for the camper chronicles! 🙂 Feel free to ask us any questions in the comments, and check out our Instagram for more on our camper!

Here are some "pinnable" images so you can save them to your Inspiration boards! 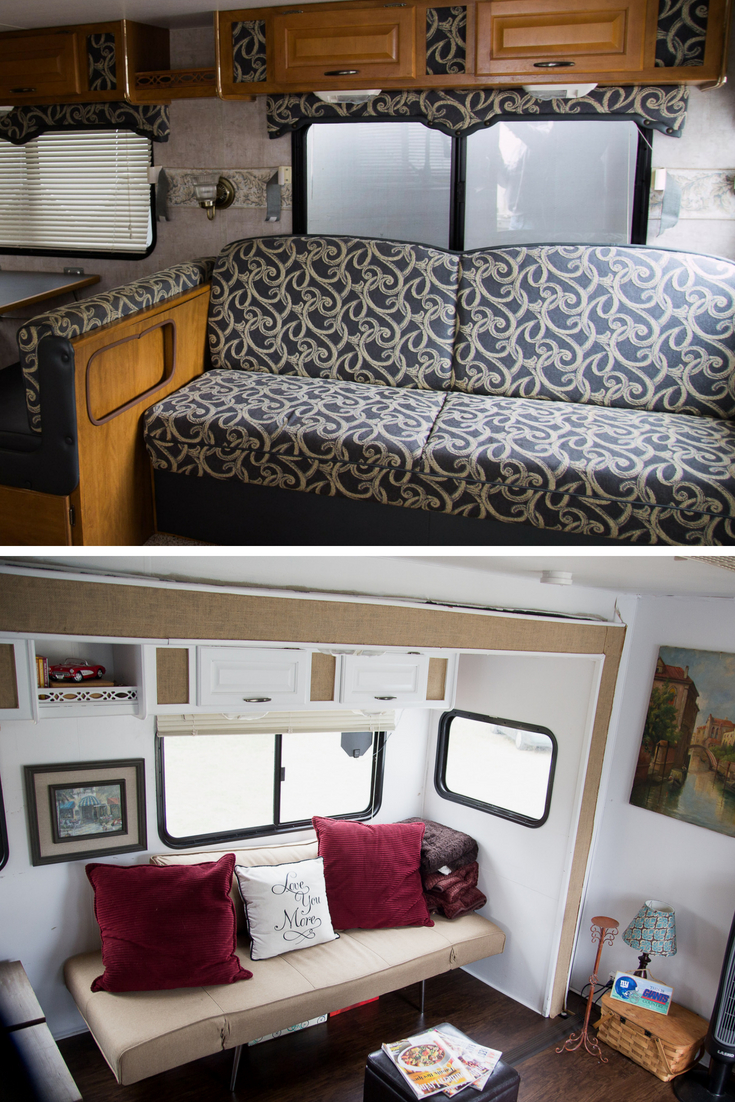 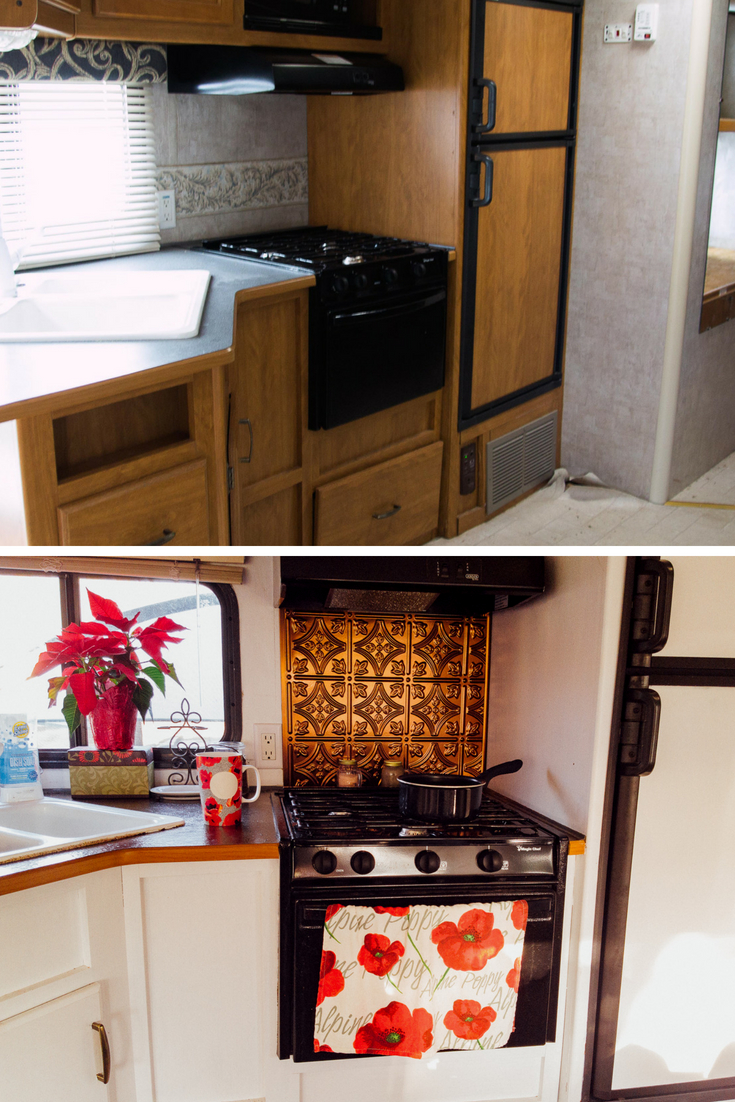 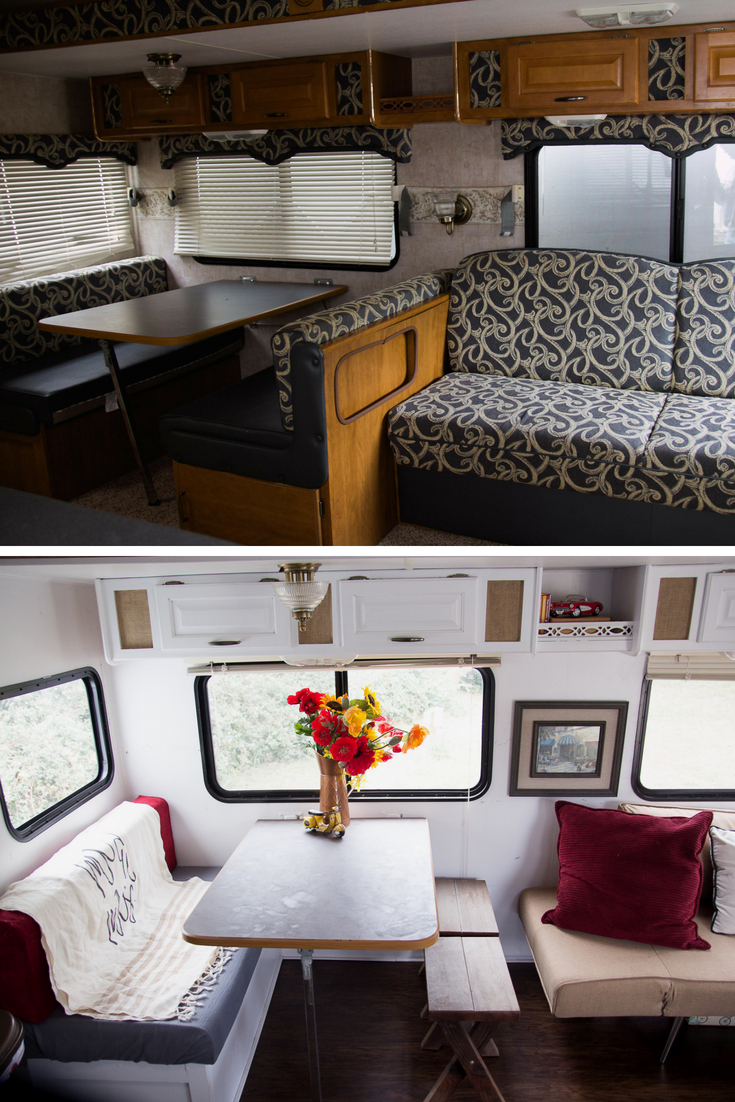 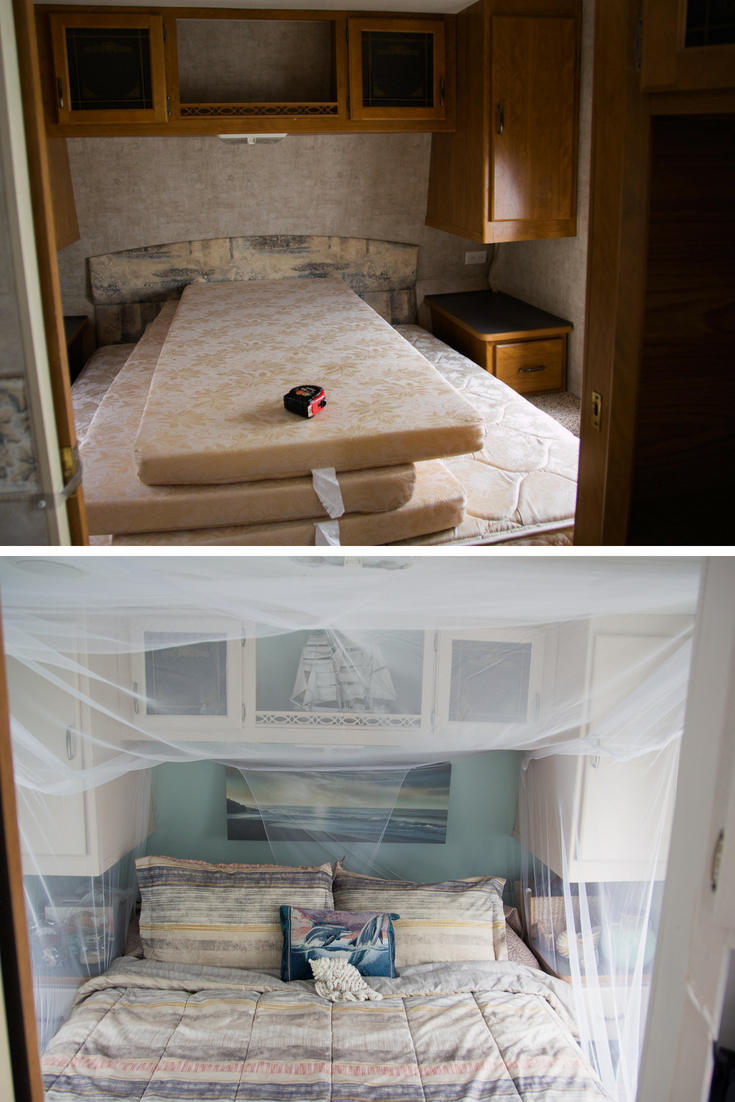 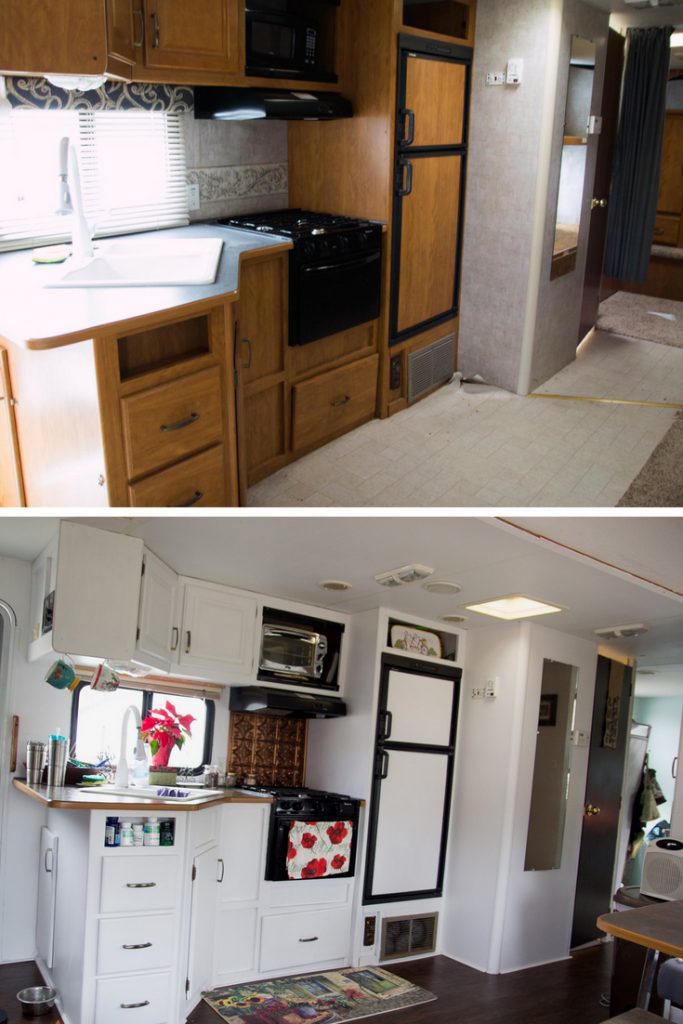